CHALLENGE: An unexpected spike in sales led to the need to implement an emergency customer response strategy.

SOLUTION: Use Gorgias’ seamless onboarding and automation to implement an all-hands support strategy.

Nomad is a tech product retailer for 21st-century nomads. Co-Founders Brian Hahn and Noah Dentzel, along with Adam Miller, successfully launched their first product, the ChargeCard, on Kickstarter. They had created a conveniently-sized Android and iPhone charger in the shape of a credit card to appeal to minimalists who don’t like to carry more than a phone and a wallet.

Nomad landed with both feet on the path to success with $161,898 pledged of its $50,000 crowdfunding goal. Today, the brand no longer offers the ChargeCard on their website, but their catalog has grown to include accessories for the latest top consumer electronics like cases, power supply, cables, straps, and gear.

As with their original product, each item in the catalog is developed from the ground up. And, with increased product development and sales has come the need for evolution of Nomad’s customer support strategy. Today, the company’s website generates an average of 250 and up to 475 support tickets per day.

We can work within Gorgias’ simple platform and leverage surprisingly specific product reporting. Intricate custom fields were features that I thought I liked in our previous system. But, they were a huge time-suck. After moving to Gorgias, we found that using tedious categorization was hurting more than it was helping.

Eight years after the company’s launch, Nomad had grown to become a retailer with a full catalog and a two-person support team. And, in Q1, which had traditionally been a slow period for the company, the company experienced a huge spike in sales. It was one of the highest-selling days in the history of Nomad.

In business, an unexpected sales spike is often referred to as a good problem. But, “good” is not how it felt to the customer support team when Nomad experienced its highest sales day ever. On that day, pre and post-purchase customer requests and tickets piled up faster than the support staff could handle.

And, since many of Nomad’s customers are technology savvy, some of the support questions were tech-heavy. Here, another problem arose. Nobody on the support staff were engineers. So, during a time when inboxes were already overwhelmed, many of the technical questions could not be answered by the support staff.

Moreover, these challenges had a negative impact on first-response time, resolution time, and the support team’s ability to provide satisfaction to their shoppers.  So, the staff had to find a way to respond quickly to an influx of support tickets and provide answers to questions outside their scope of understanding.

A novel customer support strategy called “Everyone on Support” had been mentioned briefly by Nomad’s Head of Marketing in a company meeting prior to the unexpected influx of sales. The purpose of mentioning the strategy was to bring awareness to the idea and suggest a similar approach as a future strategy.

Everyone on Support (EOS) or “all-hands support” is a customer service method that increases the reach of a designated support team by pulling in employees from other departments to help respond to tickets and customer requests. EOS provides staff who would otherwise have no customer contact with the chance to interact directly with a brand’s buyers.

Because of the tech-heavy queries, and since EOS had been previously suggested, the natural next step was to loop in the product team. Adding two additional teammates to communicate with customers was a helpful short-term solution. The product team was able to answer questions outside of the existing support team’s bandwidth and free up time.

EOS was again discussed at a multi-department meeting and the support team knew they would need a new, user-friendly helpdesk platform to enlist the help of the product and marketing teams.

Without a more accommodating platform, the following problems would likely arise.

So, another technology solution had to be found before the company could move forward with its plan.

Brian Hahn, one of Nomad’s Co-Founders, had been previously introduced to Gorgias. So, he presented the platform to the customer service team as a potential solution. Because the support team placed a high value on one feature within their current system that Gorgias didn’t have, it took some convincing.

HelpScout has a feature called “custom fields” which enabled the customer service team to select from several dropdown menus to classify and categorize each ticket in a specific way. And, the customer support staff was reluctant to give that up because it seemed to provide tremendous value to their internal processes. Still, Gorgias looked promising in other ways.

The team was excited to try two Gorgias features in particular:

So, in September 2019, the customer support team at Nomad migrated from HelpScout to Gorgias. And, as it turns out, the custom fields feature they had been attached to turned out to be unnecessary and time-consuming for their operations. Plus, the team still had access to specific reporting via Gorgias and other analytics tools.

Furthermore, the in/out actions and Shopify integration made the day-to-day customer support processes more fluid. They are now able to issue refunds, attach actions to macros,  without moving between multiple windows. This allows the team to focus on answering tickets. And, they are able to provide quality support without worrying about moving through each customer query as quickly as possible.

By November 2019, EOS was officially implemented at Nomad. First, the two-person product team was recruited. Then, the entire seven-person marketing team hopped on board. Now, a total of fifteen staff members are forward-facing with Nomad’s customers.

The ease of onboarding staff from external departments to EOS has helped the company reach their customer service goals. The support staff appreciates how easy it is to create inboxes and views that are personalized for the EOS team. These features make it simple for everyone to answer questions.

Anyone can tag other Gorgias users in a ticket to call their attention to it. This helps organically create teams. The organization that Gorgias allows them to execute has made EOS natural and easy at Nomad.

Plus, inboxes are now easier for people outside the customer support team to understand.

“I didn't expect it to be as easy as it was to create inboxes and custom views for the other Nomad team members.”

With the implementation of EOS within Gorgias, the Nomad team immediately saw an enormous spike in productivity. The numbers speak for themselves. From November 1, 2019, through November 30, 2019, first-response time and resolution time for tickets at Nomad had been minimized. The first-response time was down by 78%. And, resolution time was down by 70%.

Simultaneously, the Nomad’s one-touch tickets were down by 7%, but this was a testament to the previously-stated fact that the team was now focused on customers, not tasks. The Gorgias platform enabled a new strategy wherein the team could grow with their company. And, they began to realize the many benefits of “Everyone on Support.”

The implementation of EOS within Gorgias had a tremendous impact on the customer support operations at Nomad. First-response and resolution time was minimized. Onboarding was streamlined. Integration with Shopify simplified the user dashboard and enabled more effective customer communication. And, it’s now easier than ever to keep track of customer feedback.

Join the 9,640 ecommerce brands that use Gorgias every day 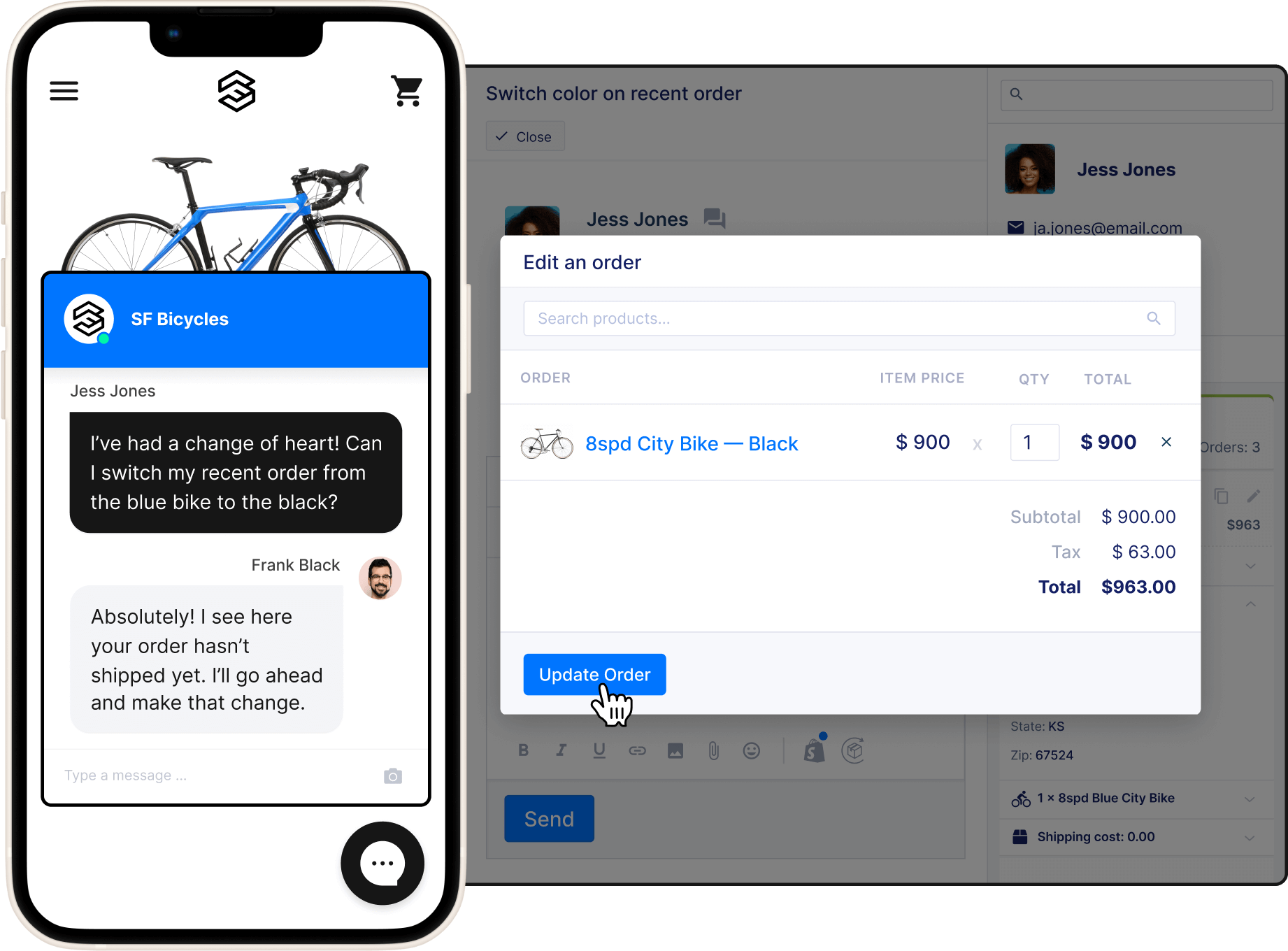 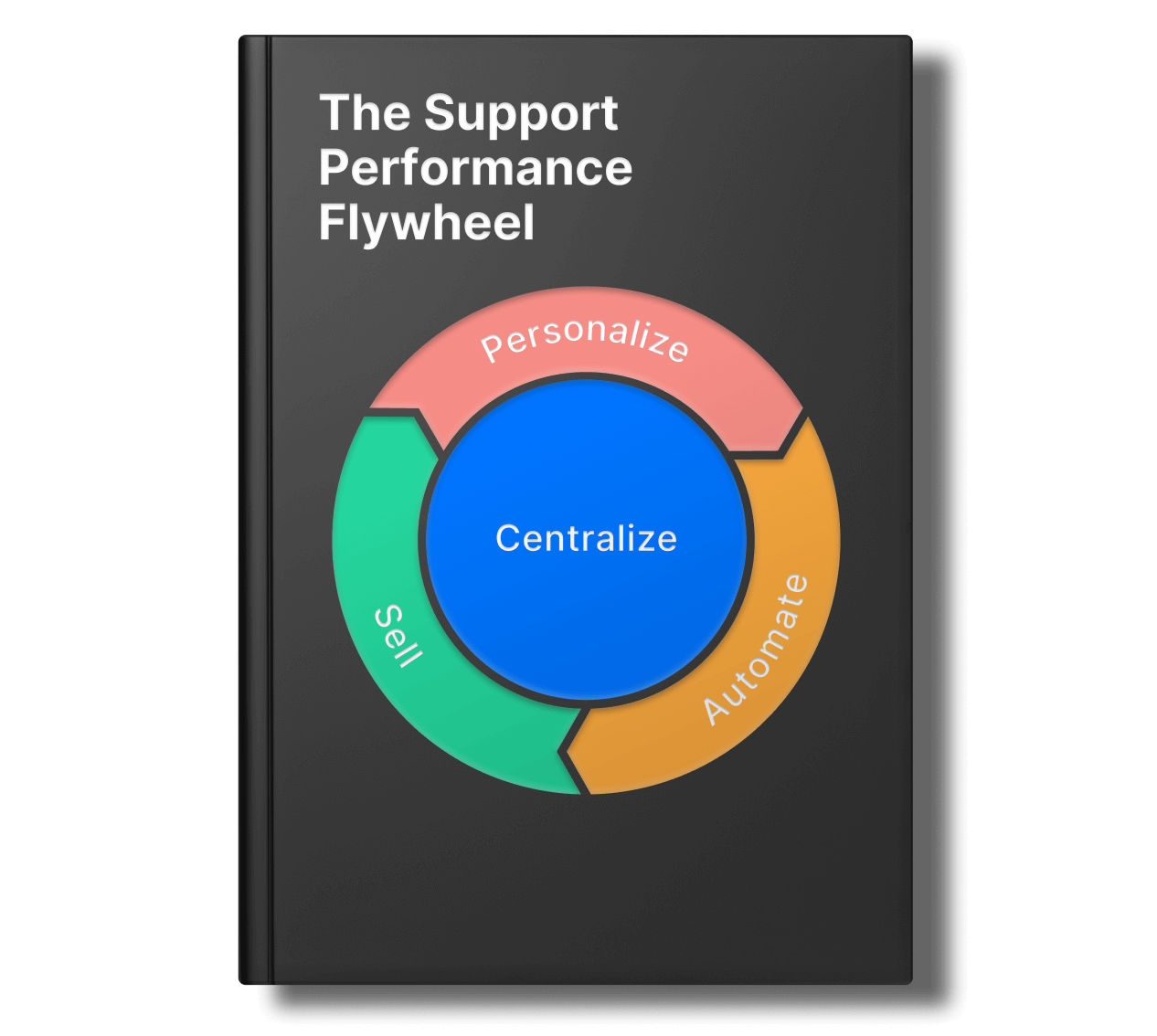