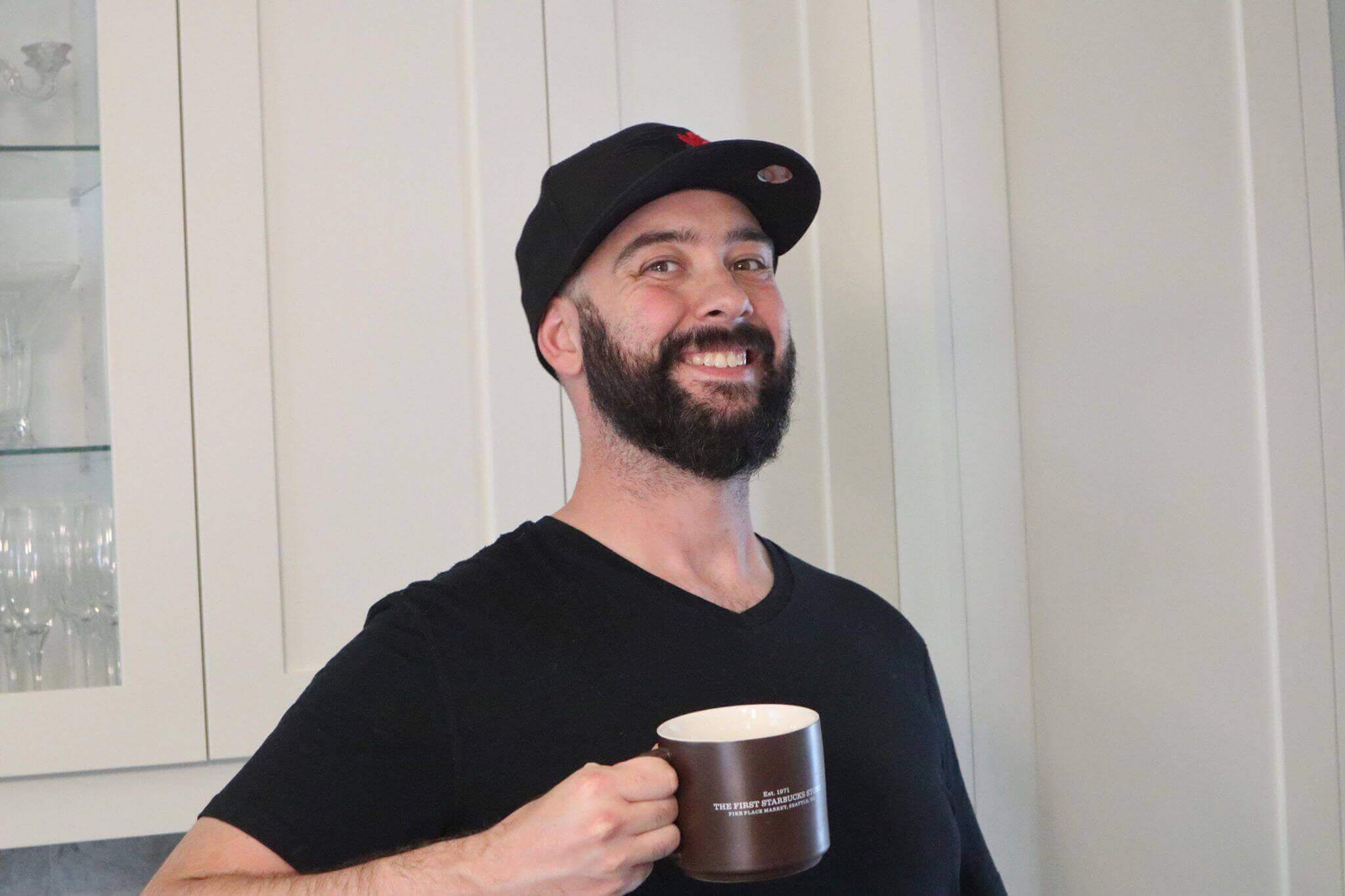 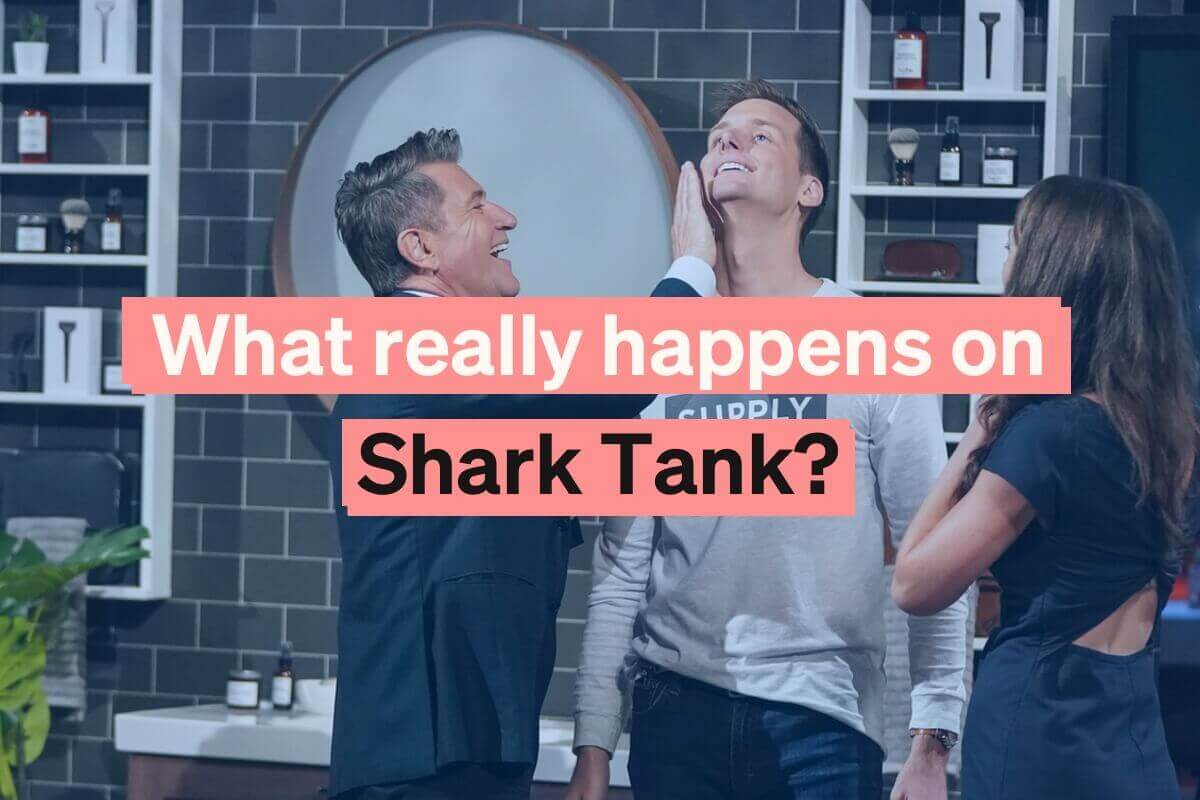 Lucas Walker
Last updated on
May 18, 2022
Patrick Coddou of Supply opens up and talks about his Shark Tank experience

I talked to Gorgias customer and friend, Patrick Coddou of Supply razors about his experience on Shark Tank, and what it was like moving to Shopify Fulfilment. You can catch the full episode on the Ecomm Swipe File.

Patrick Coddou started Supply, a company focused on only the best when it comes to shaving and grooming essentials, in 2015 with his co-founder and wife, Jennifer. Like many other entrepreneurs, one of their biggest dreams was not only to make Supply successful, but also to one day get on the Shark Tank stage to pitch. On the Ecommerce Swipe File podcast, we chatted with him and covered everything from how it started, to the Shark Tank pitch day, emotional rollercoasters and success that came after.

It started when Patrick was in his last two weeks of his full-time corporate job that he spent 8.5 years at. During this time, coworkers asked what he was going to be up to after and he would say “I’m going to focus on growing the razor business.” Lots of them asked if he was going to go on Shark Tank, which wasn’t something he had really thought of yet. That’s when Patrick started to really think about it, the problem was, he wasn’t sure HOW to get on the show. So, during his last two weeks in the office, he did what we all do -- he visited Google.

As if it was fate, Shark Tank was doing auditions in Dallas two days after that Google search. That’s when he applied and scheduled his audition, taking a vacation day during his last two weeks.

It was a Thursday when Patrick and Jennifer made their way to the Shark Tank auditions in Dallas. Almost immediately, they realized how intense this process was going to be. To their excitement, they made it far in the audition process to the point where they were ready to hop on a plane. Patrick said he was truly trying not to get his hopes up, but just like many job interviews he also just felt like they HAD it.

While he was having these thoughts, Shark Tank unfortunately gave him the no-go.

This was attempt one.

The next year, Patrick and Jennifer reapplied, and Shark Tank attempt two was officially scrapped in round one of auditions. This is where, Patrick says, persistence comes in and becomes important. It shows not only why it’s important for this particular situation, but also why in business you should never give up.

Fast-forward to year three when Patrick thought to himself “okay, let’s give this one more shot,” and thank goodness they did.

So, he sent the email and the rest is history!

Just kidding, keep reading to hear an unfiltered version of how the Shark Tank audition experience was for Supply and how everything changed after the episode aired.

From the beginning, Patrick said you can tell that Shark Tank isn’t like those other reality shows out there, they actually want entrepreneurs to succeed. This really helps during the preparation stage since it feels like you have a stronger support system behind you.

While preparing for their Shark Tank pitch, they had one big focus; repetition, repetition and… repetition. No science behind it, and nothing crazy, just that.

They also knew that the Sharks tend to ask a lot of questions, so they developed a list of questions that could be asked based on their pitch and company. This involved sitting down and putting their Shark hats on. Once Patrick and Jennifer had a long list of questions, they repeated those answers over and over again for the big day on Shark Tank.

They also set out one main goal for their pitch and responses to the Sharks; weave in the story of Supply into every single answer. Patrick said that this isn’t just applicable to Shark Tank, but across everything from pitching VCs or even talking to a customer. As if they were politicians, they had their story and talking points ready to go and memorized so they could communicate what they needed to.

It’s funny how repetition and memorization works though, because as Patrick let us know, once you get into Shark Tank everything becomes real and sometimes that reality, like for him, results in nearly forgetting your lines on the big day.

That’s okay though because they still made it through.

According to Patrick, this is a constant conversation between him and Jennifer, how long DID they spend in front of the Sharks? They’ve come to an agreement that it was likely between 30 to 40 minutes, but some people on Shark Tank can stay on up to three hours! What ends up on television (if it ends up being aired) is just a short 10 to 15 minute segment, which is why repeating your story consistently throughout is so important.

Patrick told us that one thing people are always surprised to hear is how real Shark Tank actually is. We all know reality television can be a bit… fake, but thankfully this one doesn’t cut corners. Everything that happens really happens and there’s no tricks while the cameras are rolling, no pausing, no starting over, no tips... nothing.

The doors open, and it’s up to you to make it or break it.

In a different way, Patrick said, it can also be a nerve wracking since you could fly out, and not even end up pitching. Or, you could be sitting at the airport, like he was on his first try, and get the call saying you’re not flying out. You could even make it all the way to pitching the Sharks and not end up having your pitch air to the millions of viewers the show has.

Nevertheless, Patrick and Jennifer powered on with their two main goals; not looking stupid on television and getting a deal on Shark Tank. At the end of the day, Patrick said that the process may have been super stressful, but it was so worth it.

Because they scored a deal.

Waiting to see if you’re going to air on Shark Tank to the millions of viewers is a whole different game, and according to Patrick, it’s almost as bad as pitch day itself. Their pitch was filmed in June of 2019 and you’re told that you find out you’re going to air basically when it happens. Which, for a small ecommerce company like Supply, can be a bit stress-inducing.

At that time, Supply had a minimum of four to eight week lead times on products and didn’t really have a way to gauge an estimate on sales traffic. So, now the challenge was figuring out how to prepare for when and if their pitch actually ended up airing on Shark Tank.

So, they decided to go big. Patrick and Jennifer figured “if we don’t hit the sales numbers, and we don’t end up making it on air, hopefully we make it up during Black Friday and the holidays.”

This was still risky business though.

In three to four months, the Supply team essentially rebranded in preparation for the potential of Shark Tank airing their pitch. This meant launching a new website, building a brand new production line, moving over to Shopify Fulfillment, introducing new products, reworking pricing and more.

In Patrick’s own words, Supply used this as their big moment.

Despite being completely bootstrapped like many other startups and having a tiny team, they figured if they’re ever going to make a bet like this it’s going to be now. They were close, they could taste it, and their pitch on Shark Tank could air at any moment.

Eventually they got the call, and the episode would be airing in just three weeks. Patrick told us that this was their experience, but sometimes people get less notice than that. So, if you’re looking at pitching the Sharks, be prepared for those short notice calls.

Luckily, they were ready but they were still nervous about the level of sales they’d see. Were they prepared for a massive influx after Shark Tank? Or are they going to end up with too much product?

It’s a good thing they prepared for Shark Tank to air, because what happened next was unbelievable.

Stage Four: It Was Worth It

Three weeks after that phone call, it happened. The pitch was on television and the millions of people who watched Shark Tank were learning about Supply. What they noticed was, unlike other “reality” shows, their pitch was cut very well, it actually told their story which was exciting. That being said, there was a small issue, the way the pitch was cut while discussing costs ended up making their product sound a lot cheaper than it actually is. This led some people to believe that they sell a $125 product that costs just $10 to make.

Obviously, this is not the case, and thankfully it didn’t have a big effect on them moving forward.

In terms of sales, the Shark Tank effect was very, very real for Supply. The episode aired on a Sunday night, and Supply brought in 75k worth of revenue on that same day, with the majority occurring during and after the episode.

Then Monday happened and they hit nearly $100k in sales, a new record for Supply thanks to Shark Tank. To put it all in perspective, Patrick let us know that prior to that they’d bring in maybe $10k worth of sales in one day.

By the end of the month, Supply had done more than all their revenue from the previous year (2018) in just that one. This success made the team beyond grateful for everything they’d done to prepare and of course, the Sharks.

Stage Five: Back To Normal

After the initial excitement from the Shark Tank episode airing, sales started to die down, but they were still doing quite well. Patrick said Supply’s major challenge now is looking at what’s normal in terms of revenue patterns. It’s been especially difficult since after the episode aired, Black Friday and the holiday season approached which naturally gives the brand an influx of sales. So, this is something they needed to look at, what IS a normal day for Supply like now?

Their plan is to ride the Shark Tank wave as long as possible, but not depend on it for too long. Patrick says that some of the best businesses that have come out of the show grow past the Shark Tank badge and push through the moment, becoming something even greater.

That’s what Patrick, Jennifer and the whole Supply team is focused on now, becoming something even bigger, but they’ll forever be grateful to Shark Tank and everything it’s done for the company.

Have you ever dreamed of being on Shark Tank? Or have you auditioned in the past like Patrick? Leave a comment below and share your story!