Looking to switch your helpdesk to Gorgias but locked in a contract?
Don't wait until the new year, try it out at no cost to you.
Switch now
Log inSignup for Free

Black Friday vs. Buy Nothing Day

Frederik Nielsen
For most retailers, Black Friday is the busiest and most profitable day of the year. However, more and more activists are protesting the consumer culture by celebrating ‘Buy Nothing Day.’

For most retailers, Black Friday is the busiest and most profitable day of the year. However, not everyone is into shopping on Black Friday. Every year, more and more activists are protesting the consumer culture by celebrating ‘Buy Nothing Day.’

Never heard about it? Although the anti-consumerism celebration has been gaining traction in the last couple of years, it’s still not well-known among the general public.

How did we come to this point? That’s what we’ll learn today.

Let’s get started with…

The History of Black Friday

As high-speed Internet spread across the planet so did Black Friday. What initially started as a mall craze has evolved in an online phenomenon. But do you know how Black Friday started? When and where did it happen and how did it spread?

The holiday got started in the early-50s, in Philadelphia. The term was used to describe the heavy traffic on the day after Thanksgiving when hordes of tourists and suburbanites would storm the city in advance of the annual Army-Navy football game.

While we don’t know for certain, the term “Black Friday” was possibly coined by the members of the Philadelphia police department to describe the shoplifting, traffic jams, and general mayhem. Yes, Black Friday incidents are nothing new.

Even though retailers tried to change its name to “Big Friday” during the late 60s in an effort to avoid the negative connotations, the original name persevered. In the mid-80s, marketers started using the term in connection to “being in the black” after a financially bad year.

During the same period, Cyber Monday got its start. The holiday took off when the staff at Shop.org noticed a 77% increase in online sales on Monday after the Black Friday weekend. Since Cyber Monday was so successful, some of the largest store chains in the US, like Walmart and Amazon merged the two into a single shopping weekend.

Pros and Cons of Black Friday

Last year, retailers from all over the world saw more than 93 million people shopping online, during the Black Friday weekend. While a huge number of people are looking forward to the holiday, there are some that aren’t as nearly excited.

The holiday has its positive and negative sides. Some of the Black Friday pros include:

Of course, we need to take into consideration Black Friday cons as well:

The History of Nothing Day

Not all people see Black Friday as a great opportunity to buy that 40-inch smart TV for a fraction of its price. Some see it as nothing more than a decadent celebration of commercialism. That’s why some people opt to celebrate Buy Nothing Day.

Never heard of Buy Nothing Day before? You’re not alone. A lot of people haven’t. But don’t worry, we’re here to explain everything…

How Nothing Day Started

Now, Buy Nothing Day is actually nothing new. The anti-holiday was originally thought out by a Canadian artist by the name of Ted Dave way back in 1992. His anti-shopping campaign started gaining steam once it got picked up by the non-profit magazine, Adbusters.

According to the official Adbusters website, the day is meant for ordinary consumers to re-examine their spending habits and take a look at the “issue of overconsumption.”

During the 90s and 00s, this anti-holiday was mainly “celebrated” in the US and Canada, but in the last couple of years, thanks to the Internet, it reached a worldwide audience. While it’s certainly not popular as Black Friday, it’s slowly catching on.

How is Buy Nothing Day Celebrated

Pros and Cons of Buy Nothing Day

People who are preoccupied with the negative aspects of commercialism are obviously more likely to participate in the Buy Nothing Day celebration. But just like its consumerism-celebrating counterpart, Buy Nothing Day has its negative and positive sides.

Nothing is perfect and Buy Nothing Day isn’t the exception. Here are some negative aspects:

Black Friday vs. Buy Nothing Day

As a retailer, are you wondering if you should be worried? Can Buy Nothing Day turn some of your customers against you, destroy your relationship, and hurt your sales? Let’s see how the BFCM weekend will stack up against Buy Nothing Day in 2020.

The Emergence of the Conscious Shopper

Consumers have become more conscious in recent years. They’re more worried about global problems than ever before, and they would like the companies they’re dealing with to share their concerns.

But if overspending in rampant consumerism is such a problem, why isn’t Buy Nothing Day bigger? You have to remember that the day is competing with well-established holidays. Also, Black Friday backlash has been much more noticeable outside the US.

For example, just last year in France, protesters gathered in an attempt to block an Amazon warehouse in the suburbs of Paris. In other European countries, lawmakers are considering banning Black Friday altogether, due to the negative environmental impact. 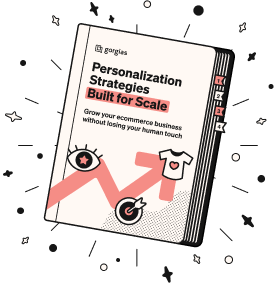 Thank you! Your submission has been received!
Oops! Something went wrong while submitting the form.
Free ressource
Why personalization is so important?

Thank you! Your submission has been received!
Oops! Something went wrong while submitting the form.

Thank you! A copy of the ebook has been sent in your email inbox. In the meantime, you can access  to the ressource
here
.
Oops! Something went wrong while submitting the form.

Thank you!  You can access  to the ressource
here
.
Oops! Something went wrong while submitting the form.

Speaking of France, a collective known as MFGA (Make Friday Green Again) recently formed in the country, in order to help the citizens become more conscious about their consumption. More than 450 brands signed up to support the MFGA initiative in 2019.

Faguo, the organization behind the movement is inviting consumers to drop unwanted clothing items into their stores and encouraging consumers to take part in their tree-planting campaign.

In the United States, REI, an outdoor-gear manufacturing company is doing its part to slow-down overconsumption during the BFCM weekend. On Black Friday, the REI officials close all of their stores, give their employees a paid day off, and encourage people to go outside for a walk, hike, or a campaign trip.

Their Opt Outside campaign not only helps their consumers become more physically active and financially responsible, but also spreads awareness about their values. The fact that the healthy activities they promote are what their products are made for is not a coincidence.

Buy Nothing Day vs Ecommerce

Will Black Friday sales suffer from Buy Nothing Day? Not really. While some will choose to ignore the BFCM weekend, most people are either not aware of Buy Nothing Day or don’t feel like they have any trouble controlling their spending.

Large stores probably won’t feel any consequences. However, their small-to-midsize counterparts might feel the hit.

Around 60% of all online spending during BFCM goes to a dozen or so large retailers. None of them will feel the impact of Buy Nothing Day. The rest of the money goes to thousands of small stores. They’re the ones that could potentially feel the hit.

How to Do Your Part

Should you be concerned about Buy Nothing Day? Yes and no. On one hand, you have to be aware that as a small business owner, you can’t afford to lose any customers. On the other, it’s not likely that many of your customers will choose Black Friday to ignore you.

There’s a simple solution if you feel like Buy Nothing Day may be a problem. To get the younger, socially-aware crowd on your side, you just have to show them that you care.

You can use your website to encourage people to spend more time outdoors or promote a good cause. Take DoneGood for example. In 2018, the Boston-based ecommerce website donated Black Friday revenue to the RAINN foundation.

It took nearly 50 years for Black Friday to become a worldwide phenomenon. Although information travels fast nowadays, it’s not realistic to expect for Buy Nothing Day to become a large-scale protest against consumerism any time soon.

When done right, Black Friday can be a great day for both retailers and shoppers. If you’re a store owner and you want to make it great for your customers, here’s what you need to do:

One thing is certain: your customers should always come first. You need to show them that you share their values, respect their concerns, and that you’re ready to take that extra step to keep them satisfied. And you can’t do that without a good helpdesk.

With Gorgias helpdesk, you can attend to your customers, establish, and nurture relationships with ease.

Go ahead, sign up for Gorgias, get your 15-day free trial, and see your customer satisfaction rates skyrocket.

Get the last blog posts from the ecommerce industry directly in your inbox once a week.
Thanks for subscribing. We've sent a confirmation email to your inbox.
Oops! Something went wrong while submitting the form.
Related articles

The Complete Checklist of Ethical and Sustainable Black Friday in 2020

4 ways to get your support team ready for Black Friday

How to Nail Customer Service in 2020

Join the 4,500+ ecommerce
brands that use Gorgias
every day